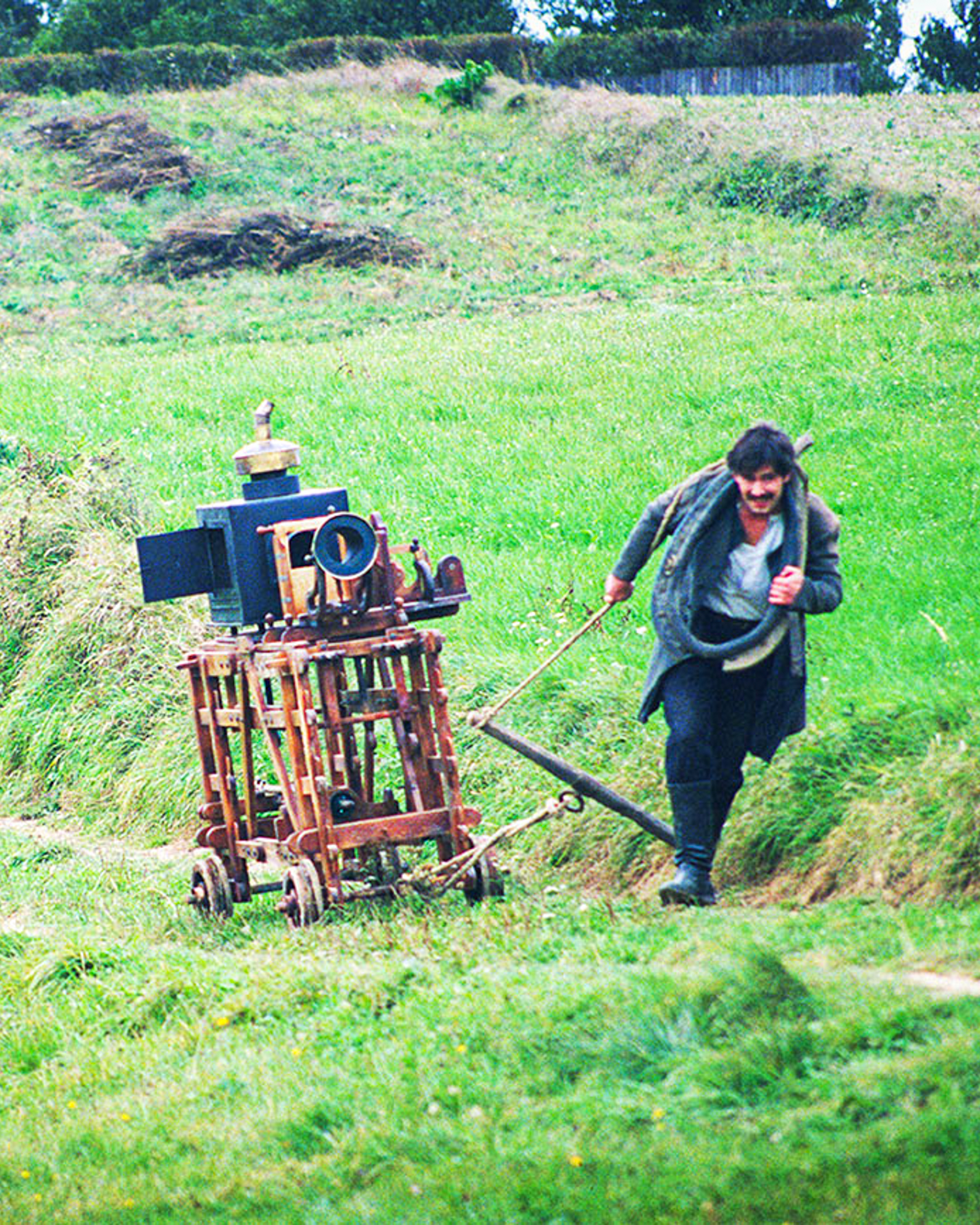 History of Cinema in Popielawy

The film is a fairy tale in the spirit of magical realism about the power and magic of cinema. The film is narrated by 10-year-old Staszek Szewczyk, studying at the school in small Polish village called Popielawy, where his ancestors came from. Staszek tells the story of the Andryszek blacksmith family, whose last descendant, Józef Andryszek Szósty (Jozef Andryszek the sixth), is Staszek’s friend. The first Józef Andryszek built a cinematograph in the 19th century, earlier than the Lumière brothers. The saga lasts until the 1960s, when Józef Andryszek the Sixth, against his father’s will, decides to recreate the cinematograph. Finally, his passion leads to positive changes in his father’s life.

During the 1980s, Kolski made about twenty short films, including Umieranko (A Little Dying); Najpiękniejsza jaskinia świata (The Most Beautiful Cave in the World); Mały dekalog (The Little Ten Commandments), Nie zasmucę serca twego (I Won’t Make You Sad), Jak mnie kochasz (How Do You Love Me?), Szkoła przetrwania (The Survival School), Pałkiewicz ma rację (Palkiewicz Is Right), Słowiański świt (The Dawn of the Slavonic Tribes), Ładny dzień (A Nice Day), Idź (Walk). The shorts won many awards in Poland. Many of Kolski’s short films documented his passion for mountain climbing and speleology, which earned him a nickname ‘The Stuntman of the Polish cinematography’. More recently, Kolski created three film diaries: Zobaczyc jak najwiecej (To see everything), Gdzie jestes Paititi? (Where are you, Paititi?) and Między rajem a ziemią (Between Paradise and Earth) during his journeys to Asia and South America.

Kolski’s first feature, Pogrzeb kartofla (The Burial of a Potato), was shot in Popielawy in 1990, and was based on a real story of Kolski’s maternal grandfather, Jakub Szewczyk. In that movie, as well as in his subsequent films, Kolski employed his own vision of the world enriched with magic, and is considered to be the founder of the ‘magical realism’ trend in Polish film making. Since then, Kolski has made many more films, most of them located in the same village or mythical countryside. Among those films are: Pograbek (A Knacker); Magneto; Jańcio Wodnik (Johnnie Aquarius aka Johnnie Waterman); Cudowne miejsce (A Miraculous Place); Grający z talerza (Playing from the Plate); Szabla od komendanta (The Commander’s Sword aka Legacy of Steel); and Historia kina w Popielawach (The History of Cinema in Popielawy), which were all based on Kolski’s own script. In 1994 Jańcio Wodnik won the Findling Award at the Filmfestival Cottbus.

Daleko od okna (Keep Away from the Window), made in 2000, opened a new chapter in Kolski’s filmography. The screenplay by Cezary Harasimowicz was based on a real-life story written by Hanna Krall, famous for writing about the Holocaust. His next work, Pornografia (Pornography) was in turn based on the novel with the same title by Witold Gombrowicz. The next two Jasminum and Afonia i pszczoły (Afonia and Honeybees) were based on his own original screenplays, whereas Wenecja (Venice), his latest movie, is based on a short story by Włodzimierz Odojewski.

Kolski continued to work with television, and many of his films and other works were made for the medium. He wrote several plays for television, including Bajka o bardzo lekkim chlebie (A Fable of the Very Light Bread), Skrzypki (The Fiddles), Noga dla Józefa (A Leg for Jozef), and Kamera marzen (The Dream Camera), which were primarily addressed to children. Others, such as Wyspa róż (The Rose Island) and Diabeł przewrotny (Again the Devil), were Kolski’s adaptations of original plays. Kolski also directed several commercials, video clips, and one television series, Małopole, czyli świat (Malopole, or the World), in which he returns to the life in the countryside.

Kolski has won many awards in Poland and abroad. Among his major international successes is the Special Award at The Film Festival in Tokyo in 1995 for his Grający z talerza (Playing from the Plate). In 2000, he also became a member of the European Film Academy. His 2000 film Keep Away from the Window was entered into the 23rd Moscow International Film Festival.