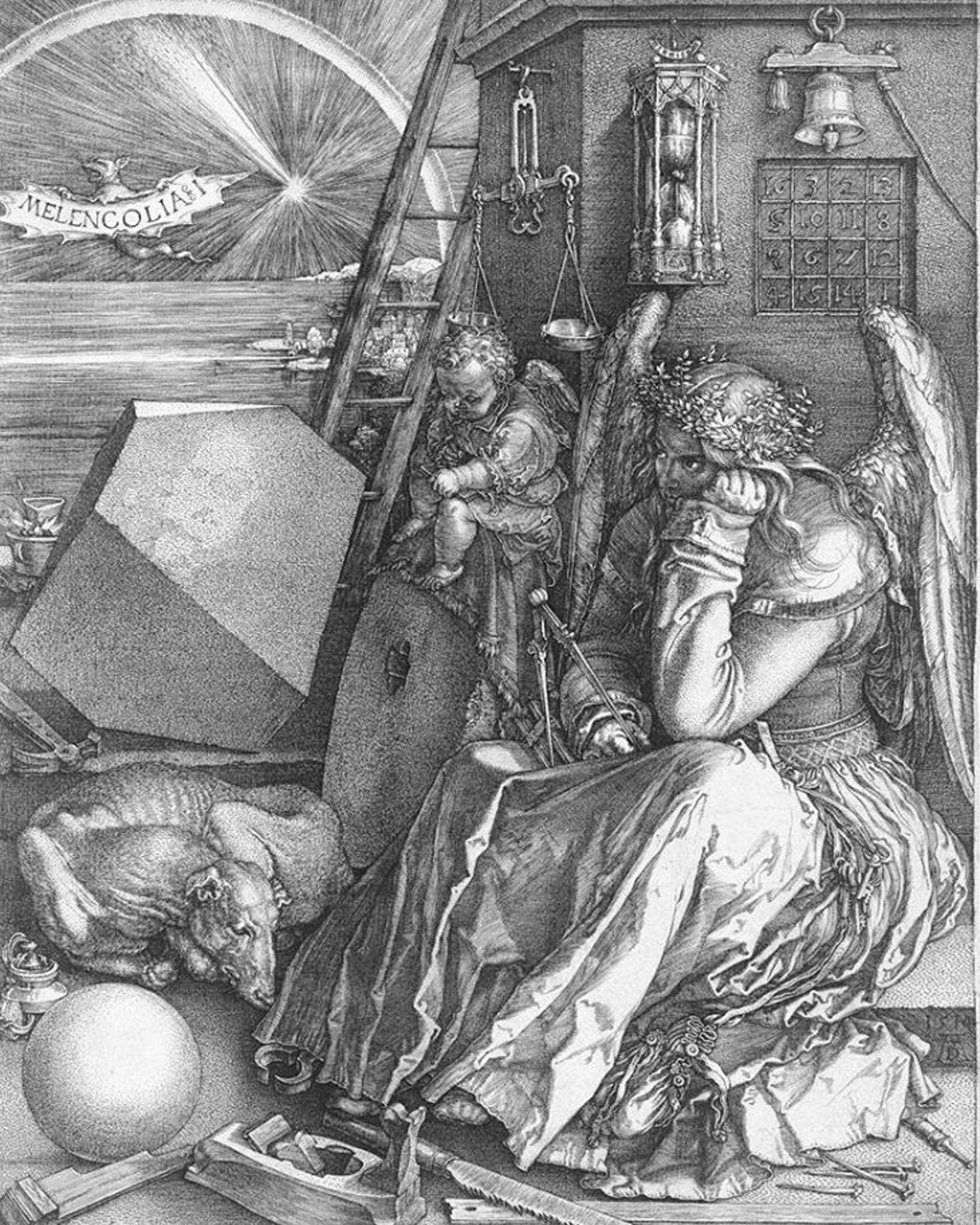 Etching is an intaglio graphic technique, as well as a print obtained with this technique. The etching technique was invented at the turn of the 15th and 16th centuries, and it was popularized in the 16th century. This technique is based on the execution of a metal printing form with a drawing obtained by etching. For this purpose, a copper or zinc plate is covered with an etching varnish that is acid resistant, and then a drawing is made with a steel needle, revealing the surface of the medal. By immersing the plate in acid, the deep drawing on the plate is etched. In order to deepen the lines in the dark parts of the drawing, this process is repeated several times. After the final etching and removal of the varnish, the ink is rubbed into the plate, which is retained only in the etched cavities. The ink pressed into the etched recesses of the plate is transferred in the rotogravure press to the paper.

Etching was already used in antiquity for decorative purposes. Etched carnelian beads are a type of ancient decorative beads made of carnelian with an etched pattern in white, believed to have been produced by the Indus Valley Civilization in the 3rd millennium BC. They were made according to the alkali etching technique developed by the Harappan people, and vast quantities of these beads have been found in the archaeological sites of the Indus Valley Civilization. They are considered an important marker of ancient trade between the Indus Valley, Mesopotamia, and even Ancient Egypt,

Etching has been known in Europe since the Middle Ages. It was mainly made by goldsmiths and other metalworkers to decorate metal objects such as weapons, armor, cups and plates. The elaborate decoration of armor, at least in Germany, was an art probably imported from Italy in the late 15th century – not much earlier than the birth of etching as a graphic technique. Graphic artists from German-speaking countries and Central Europe perfected their art and passed their skills across the Alps and throughout Europe.

The process used in printmaking is believed to have been invented by Daniel Hopfer (c. 1470–1536) of Augsburg, Germany. Hopfer was a craftsman who decorated armor in this way and applied the method to artwork using iron plates (many of which still exist).

The transition to copper plates probably occurred in Italy, and then etching soon challenged engraving as the most popular medium for graphic artists. Its great advantage was that, unlike engraving, where the difficult technique of using the stylus requires special skills in metalworking, the basic technique of creating an image on a plate in etching is relatively easy for an artist trained in drawing to master. On the other hand, handling soil and acid requires skill and experience and is not without health and safety risks, as well as the risk of damaging the board.

A waxy acid-proof coating known as a primer is applied to a metal plate, most commonly copper or zinc, but sheet steel is another medium with different properties. There are two common types of substrate: hard substrate and soft substrate.

The hard substrate can be applied in two ways. Hard, hard earth comes in a hard waxy block. To use the hard substrate of this variety, the plate to be etched is placed on a hot plate (set to 70 °C, 158 °F), a type of metal worktop, which is heated. The plate heats up and the substrate is applied by hand, melting onto the plate as it is applied. The earth is distributed over the slab as evenly as possible with a roller. Once applied, the etching plate is removed from the hotplate and allowed to cool, which hardens the substrate. Once the substrate has hardened, the artist “smokes” the plate, classically with 3 cones of beeswax, applying a flame to the plate to darken the substrate and make it easier to see, which parts of the plate are exposed. Smoking not only darkens the plate, but adds a small amount of wax. The artist then bites into the ground with a sharp tool, exposing the metal. The second way to apply hard primer is liquid hard primer. It comes in a can and is applied with a brush to the board to be etched. When exposed to air, the hard soil will harden. Some printers use oil/tar-based asphalt [18] or bitumen as a hard primer, although bitumen is often used to protect steel plates from rust and copper plates from aging.

Soft earth also comes in liquid form and can dry out, but it does not dry hard like hard earth and is prone to impact. After the soft backing dries, the graphic artist can apply materials such as leaves, objects, handprints, etc., which will penetrate the soft backing and expose the board underneath.

The primer can also be applied in the form of a fine mist, using powdered rosin or spray paint. This process is called aquatint and allows you to create tones, shadows and solid areas of color.

The design is then drawn (in reverse order) with an etching needle or échoppe. An “echoppe” blade can be made from a common hardened steel etching needle by grinding the blade back on a carborundum stone at a 45–60 degree angle. The “echoppe” works on the same principle that makes the line of a fountain pen more attractive than the line of a ballpoint pen: A slight bead caused by the natural movement of the hand “warms up” the line, and although it is almost invisible with a single line, it has a very attractive overall effect on finished board. You can draw with it in the same way as with a regular needle.

The plate is then completely immersed in the solution, which eats away at the exposed metal. ferric chloride can be used for pickling copper or zinc sheets, while nitric acid can be used for pickling zinc or steel sheets. Typical solutions are 1 part FeCl 3 to 1 part water and 1 part nitrogen to 3 parts water. The strength of the acid determines the speed of the digestion process.

The process of digestion is known as biting (see also biting spit below).

The waxy mask prevents the acid from biting into the parts of the plate that have been coated.

The longer the plate stays in the acid, the deeper the “bites” become.

During the etching process, the artist uses a bird’s feather or similar object to remove bubbles and impurities from the dissolution process from the surface of the plate, or the plate may be periodically removed from the acid bath. If the bubble stays on the plate, it will stop the acid biting into the plate where the bubble touches it. Zinc produces more bubbles much faster than copper and steel, and some artists use this to create interesting circular bubble-like circles in their prints to create a Milky Way effect.

Detritus is a powdered dissolved metal that fills the etched grooves and can also block the acid from evenly biting into the exposed surfaces of the board. Another way to remove detritus from a wafer is to place the wafer to be etched face down in acid on plasticine balls or balls, although this technique has the disadvantage of being exposed to bubbles and not being able to remove them easily.

Spitting is a process where the artist applies acid to the plate with a brush in certain areas of the plate. The plate may be aquatinated for this purpose or exposed directly to acid. The process is known as “spit” biting due to the use of saliva once used as a medium to dilute the acid, although gum arabic or water is now commonly used.

A piece of matte cardboard, a plastic “card” or a wad of cloth is often used to press the ink into the cut lines. The surface is wiped with a piece of stiff cloth called tarlatan, then wiped with newsprint paper; some printers prefer to use the blade portion of the palm or palm at the base of the thumb. Wiping leaves ink in the cuts. You can also use a folded piece of organza silk for a final wipe. If copper or zinc plates are used, the surface of the plate remains very clean and therefore white in printing. If sheet steel is used, the natural tooth of the plate gives the print a gray background, similar to the aquatint effect. As a result, steel sheets do not require aquatination, as gradually exposing the sheet to acid through successive immersions will produce the same result.

Etching and aquatint colored on paper

A damp piece of paper is placed on a plate and passed through a press.